DUST TO DUST, ASHES TO ASHWAUBENON

(July 14, 2010) --- Green Bay, Wisconsin native Bernard Orlikowski was as big a Packers fan as you can get. He first saw his Packers play at Hagemeister Park not long after a stint in the Army during the Great War. He witnessed most of the games during Green Bay’s first three-peat in 1929, 1930 and 1931, and he was even around when a man named Lombardi turned his city into Titletown, USA.
Then, almost 50-years after putting in his initial request, Bernard finally got what he’d wanted most of his life... Green Bay Packers season tickets.
Upon receiving the news last week, his immediate family didn’t waste any time and had Bernard exhumed from his plot at Allouez Catholic Cemetery. “With the first home game just a month away,” said his grandson Scott, “we gotta get Grandpa ready for his big day!” 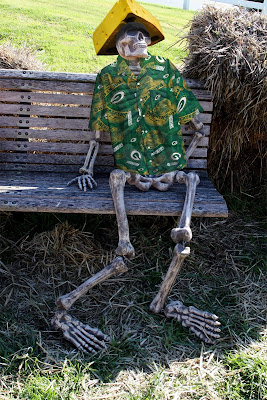 Here’s a nice photo of longtime Packer fan Bernie Orlikowski resting his bones after an exciting day with his family celebrating the fact, that after a very long wait, he finally got his Packers season tickets.
Bernard passed away after suffering a stroke on the evening of January 26, 1986. Yep, the day the Chicago Bears won a Super Bowl. “I guess he just couldn’t handle it,” said Scott. “Like most Packers fans, he hated those soms-a-bitches... probably more than most. And the thought of a FIB touching the Lombardi trophy... well, it just sorta pushed him over the edge.”
Although Bernard was initially awarded a pair of seats in the upper northwest corner of Lambeau, Packers Director of Ticket Operations Mark Wagner said he actually qualifies to watch the games from the handicap seat area just behind section 113 which will allow him a slightly better view of the action.
The Orlikowski’s say they’re excited for the old man. “When we wheel Grandpa Bernie into Lambeau on Thursday night under the lights for that pre-season game against the Colts in August, we’ll have him decked-out in one of those cool Acme Packers throwback jerseys, a big ol’ cheese-hat, and his prized bear-skinned winter coat which he made himself back in 1944 from an actual Chicago Bear.” 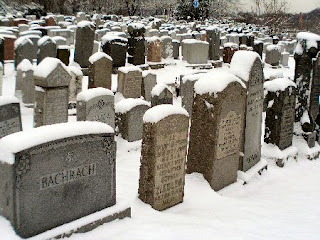 Bernard’s family is confident the old man is happy to once again be on the other side of Green Bay’s “Frozen Tundra.” Here’s a nice picture of a few of Bernie’s patient Packer Backer pals who are still waiting for a pair of their own Lambeau Field season tickets.
The Packers say Bernard has the “Green Package” which means he’ll be propped-up at Lambeau for at least six regular season home games this year. “We’re checking to see if we can leave him in his seat between those back-to-back home games in late October when we play the Dolphins and then the Vikings one week later. I don’t think they’ll mind all that much. He’s very quiet and low-maintenance, and shouldn’t get into too much trouble.”
Although Bernard finally has his highly-sought-after seat, the question remains who will accompany him for that first regular season game when the Packers host the Buffalo Bills on September 19th? Sure, all his grandkids would die to be there with him on opening day at Lambeau. But, they all agree that this special opportunity should go to Bernie’s wife of 90-years. They dig Margie up next week.
Posted by The PackerPage at 11:09 PM