(May 21, 2010) --- The Vikings are heading south to become the third NFL franchise in the Lone Star State.
The Minnesota Vikings have had big problems over the past several months trying to secure a deal with the state to help finance a new stadium to replace the antiquated Mall of America Field-Hubert H. Humphrey MetroDump. 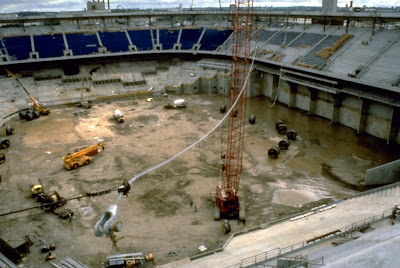 Here's a nice picture from last season of the grounds crew putting the finishing touches on the football field at the Mall of America's HHH Metrodome just minutes before the kick-off of the Ravens-Vikings game.
Just recently the Governor and the state legislature failed to push the new stadium issue through while Vikings owner Zygi Wilf steadfastly refuses to extend his lease with the structure where the team has continually floundered since 1982. There have been rumors over the years that the Vikings would go the way of NBA's Lakers and relocate to Los Angeles. But L.A.'s credit rating is in the dumper, the county is broke and no one who lives there will want to pay extra taxes for something that God-awful purple!
Instead the Vikings are packing their duffle bags and leaving the Land of Four Lost Super Bowls for a new home.
Yesterday Wilf surprised everyone in the NFL by announcing that in 2011 his team will be moving south to the northern Texas city of Dumas. 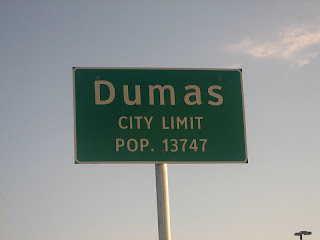 Many Packers fans have a feeling the Vikings will feel right at home.
Wilf admitted that he considered other options with other cities around the country but said Texans love football and confessed that the Dumas city council came up with the most attractive offer. The Dumas city fathers guaranteed to build the Vikings a Dumas Stadium with the help of an 8% Dumas sales tax that Dumas consumers say they will gladly pay.
The Dumas citizens of Moore County, known fondly by neighboring communities as Dumasses, say they have always felt a connection with that horny bearded purple team up North. Although many Dumasses say they used to blindly follow the Dallas Cowboys, they feel that they better identify with that team from Minnesota. Said Stewart Pidd, the Dumas city mayor, "The Vikings are about as Dumas as you can get!"
According to the 2000 census, there were officially 13,747 Dumasses in Texas which would put the Vikings in the NFL’s smallest market. But Wilf told the PackerPage he isn’t worried. “I know for a fact that there are more Dumas football fans in the state of Texas than you think.” 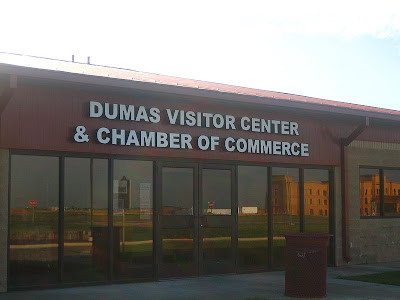 Dumas residents say this is the place to go if you ever have any Dumas questions.
In related news, the Wisconsin Department of Transportation has plans to erect a giant sign that will greet all motorists entering the state from the south along I-94 just outside Pleasant Prairie... “DON’T ILLINOIS ME!”
Posted by The PackerPage at 1:11 AM